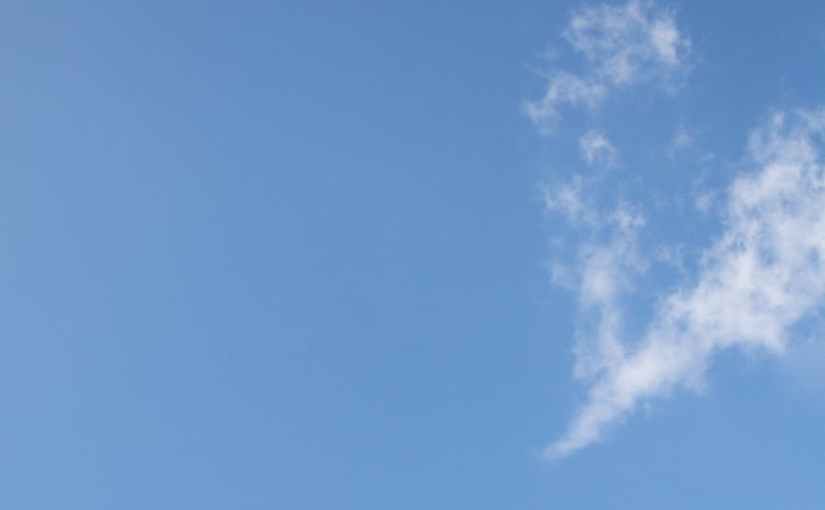 I am writing this morning out of great sadness. . .and yet hope. I want to offer you a gift–the knowing that God loves you and is with you in what you are going through.

This week a leading emergency room doctor, Dr. Lorna Breen, took her own life in the face of this Epidemic. I don’t know the whole story, but one report said health care workers in New York are feeling very defeated by this disease.

They have trained and given their lives to help people get well, but so many there are dying, despite their heroic efforts. The best medicine can provide is has often not been enough. Bone tired fatigue, lack of resources, failure despite best efforts, frustration of family members, the pressure and stress of overwhelming odds, and more, can lead to a loss of hope.

Even if you are not a front line worker, you may be feeling some of this too.

Many ask at a time like this, “Where is God? If He is a God of love, why does He allow things like this?” It is an ancient question I would like to give an answer to–one that has satisfied me and given me hope.

I have had more than one devastating loss in my life, but what I am sharing with you held me up and filled me with hope in the middle of despair. God’s love sustained me and carried me through.

Here is the summary. Read on if it interests you.

God is love. He is all powerful; Creator, Savior, Friend.

But His hands are somewhat tied. What He can do is limited. But He is not stopped. And in His love and power He never gives up–being present, helping, comforting, fighting back evil, sometimes working miracles.

Perfection and love was what what He created. But the old story, retold and confirmed, is that the first humans were seduced and deceived; an angel created perfect by God, but with free will. Love cannot thrive absent freedom.

Lucifer, leader of angels, began his rebellion in heaven. It started with pride, then self worship, followed by criticism and questioning everything about God, His love, His ways. Many angels were deceived.

Finally, open revolution. War. And they were sent away from heaven (Revelation 12:7-9). War in heaven? Yes, but probably not like ours.

Lucifer (Light Bearer) who became Satan (The Accuser), came to this world in an infuriated, jealousy-driven attempt to take over a world God had just created. To make it is own kingdom, a place where He could rule and reign like he wanted.

The first humans were created “in God’s image,” with free will. They were intelligent. They had been warned, but the devil deceived them. Led them to question God’s love, doubt His words, and disobey His instructions for happiness.

It is called “The Fall.” It happened. It opened Pandora’s box. Disease, death, human trouble of every kind.

You might be thinking, this story is a myth. It is too old to be believed. In the class of every other ancient religious legend. Let me offer an answer.

Jesus. He was born, lived, died, and rose from the dead. Over 500 people saw him after His resurrection and traveled the world to tell about it.

Saul of Tarsus, a member of the Jewish Sanhedrin (ruling council), thought Jesus was a Jewish false messiah. He went everywhere imprisoning, torturing, and killing Christians. Until the risen Jesus appeared to him as he neared Damascus on a mission of death.

“Saul, Saul, why are you persecuting me?”

In an instant everything changed. Clarified. Scriptures understood. Life mission altered. From martyr maker to missionary, to authoring much of the New Testament.

Here was Saul’s and the others’ message: God came to earth as one of us. He entered our darkness, our suffering. He invaded Satan’s kingdom as a Baby. Weak, vulnerable, out of love for a lost and suffering planet. He learned to depend on God, was filled with power; went everywhere teaching and healing. But He was killed. No, He gave His life as a remedy for our sin. To give us options: the option to believe, trust, follow again. The most sinful can be forgiven; the most questioning receives patience; the weakest can get all the help needed–to be a child of God again. To believe, to love, to serve.

The Jesus who died and rose again had confirmed the story. There was a devil, a fall, a history of God’s beach head of love in an occupied world. The story of a God who has never given up. All through history. Pursuing, helping, loving. God wouldn’t resurrect a liar, would He? What Jesus said can be believed. If there are things we don’t understand; well, we can trust.

God could have taken it all back by force. But force is not His way. His way is love, reason. “Come let us reason together, says the Lord. Though your sins are as scarlet, they can be white as snow; though they are red like crimson, they can be as wool.” (Isaiah 1:18).

In France and other countries, during World War 2, resistance movements formed–to spread the truth, to empower, to free where possible. Resistance in the face of tyranny. Love for truth and freedom and human dignity in the face of evil.

Since humans turned away, God has been mounting a resistance of love and truth. He invades quietly. Jesus came as a helpless Babe. He sends His Spirit, angels, changed people. He does everything in His power to change hearts and minds through love and reason.

When a mind opens, He has the right to work a miracle. Change a heart, replace fear and doubt with love and certainty.

So yes, God is love. God is powerful. But He is limited in only this world until Jesus comes again.

Jeremiah lived through the destruction of his nation. He saw death in the streets. He witnessed cruelty and evil on a massive scale. But he didn’t give up His faith in a God of love. Here is his witness.

“So, I say, ‘My splendor is gone and all that I had hoped from the Lord.’ I remember my affliction and my wandering, the bitterness and the gall. I well remember them, and my soul is downcast within me. Yet this I call to mind and therefore I have hope: It is because of the Lord’s great love we are not consumed, for his compassions never fail. They are new every morning; great is your faithfulness. I say to myself, ‘The Lord is my portion; therefore, I will wait for him.’”

So friend, I have an invitation.

Trust Him. Become part of the resistance. Fight for a higher purpose. We may lose some in this life, but there is a kingdom of love to restore. Serve in love, in His strength. If you choose this, He will help you. Everything inside will change. You will have hope, peace, purpose, strength to keep going. Believe the story. There is love. There is hope. There is a Kingdom. It is here, and it’s coming.